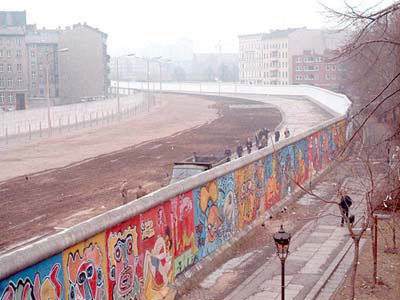 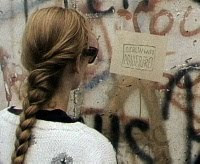 In the 1988 cinepoem Cycling the Frame, Tilda Swinton set out on a bike ride in less well-known territory: Swinton followed the length of the Berlin wall, to document the places through which she went, but also to capture from an introspective West Berlin perspetive to view over the wall to East Berlin.
Today, Cycling the Frame is an inusual historical document, and twenty years later Tilda Swinton belongs to the most respected and sought after actresses in the world.
If you're in Barcelona today you can see this film at Goethe Instut in the 20th annyversary of the Berlin wall's fall.
Publicado por Txell en Monday, November 09, 2009

I was just watching this film last night in Vienna. It is stunning. They have now made a re-make called "The Invisible Frame".

Our television stations are being flood with documentaries on Berlin. But not this on, and yet it sounds like a very original one.

Looking for bike accessories? Biking.com has bike locks and other great biking products for sale. 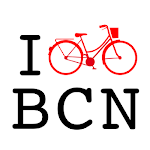 What kind of bike do you ride?

Have you ever cycled in Barcelona?

This work is licensed under a Creative Commons Attribution 3.0 Unported License.